Why Become A Web Developer In Miami Dade In 2016

Why Become A Web Developer In Miami Dade?

Do you know that bus drivers in Toronto can make up to $70k a year?  Or that college teachers are the most respected profession in Finland? Or that taxi drivers in Venezuela can earn more than engineers?  When choosing a career path, the place where you live is one of the most influential factors to take into account, and Miami's tech industry boom is making software development a career path to have in mind. 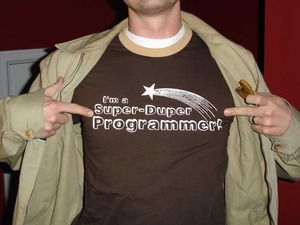 Choosing a career is like getting married: you have to be sure you’re making the right choice.  Steve Jobs used to say: “Your time is limited, so don’t waste it living someone else’s life.”  Ideally, then, you should make a living out of doing something you’re truly passionate about.  For many of us, that passion is technology.  The technological field is a growing economic sector and web developers are the ones who get to ride that wave, creating sites and apps that get everyone else on the web.  The city of Miami Dade is becoming one the hottest locations for tech companies to operate from and invest in.  Actually, Florida is the 3rd state with most IT firms in America.  VC investments for the tech industry has tripled in the past 2 years, and companies such as Google, Twitter, Facebook, Uber, Lyft, and Vice have moved to Miami as well.

Web developing has become one of the most sought-out jobs in the world.  In a job posting site like Indeed, for example, on any given day you can see over 300 job offers available for web developers living in the city of Miami Dade.  Among the most relevant ones, for example, is a job offer by SherlockTech promising an annual salary between $110,000 and $120,000 a year.  If these numbers by themselves don’t impress you, then the next table surely will.

Certainly, to be able to make that much, you’d need to have specific training as a web developer and get a few years of working experience on your resume.  And these are only the numbers today.  The Ibero-American Development Bank names "software developer" as one the most desirable** jobs** and with the highest demand both now and in the future.

Tech companies offer the highest quality of life to their employees, and according to an article in Fortune magazine, one of the top companies to work for in Florida is an IT firm.

In any case, if you’re living in the city of Miami Dade and you’re thinking about becoming a web developer but you don’t have the necessary tools yet, the doors at 4GeeksAcademy are open for you!  We’re ready to offer the best training in the area and make all these numbers mentioned before real to you!