What is the salary of a Software Engineer

Engineering can be defined as the application of knowledge, aimed at finding solutions to problems. This is applicable in a variety of subjects, each having a respective field of engineering dedicated to its studying. In the case of software engineering, its main concern is in the resolution of problems in the development of computer programs.

This is a relatively new profession in comparison to other disciplines of engineering. Pair this with the technological boom that has defined the beginning of the 21st century, and you have an exciting career with plenty of job opportunities and an amazing growth forecast.

What is a Software Engineer

We already gave you a basic definition of a software engineer, but we can go deeper. Free Code Camp says that “software engineering is the branch of computer science that deals with the design, development, testing, and maintenance of software applications. Software engineers apply engineering principles and knowledge of programming languages to build software solutions for end users”

How much do Software Engineers Make?

In the United States, the median salary for a software engineer sits around $97,430 /yr, according to the U.S. Bureau of Labor Statistics. They also report that this career shows a rate of growth of around 15% and yearly job openings of about 418,500 on average.

In Europe, the average can get a little muddy. According to CodeSubmit, the average salary can vary considerably taking into account whether the job is in the west or east Europe. The median salary for a software engineer in western Europe is $40,000+ /yr. Meanwhile, in eastern Europe, the average is $20,000+ /yr. But even this division doesn’t clear up the whole image. Software engineers in Southern Europe earn, on average, less than in northern countries. For example, a software engineer in Spain may earn $36,323 /yr, while in Denmark the same position can give $63,680 /yr.

In Latin America, the average salary varies from country to country. According to Revista Empresarial & Laboral, the highest median salaries in Latin America are Chile and Perú, with $46.500 /yr and $45.190 /yr respectively. In contrast, Nicaragua has a median salary of 7.642 $/yr for a software engineer.

It should be taken into account that the programming language necessary for the respective position can also alter the yearly salary of a position. A software engineer that can work with “Golang” can earn more than an engineer that only knows “Java”. The earning potential between languages can also change depending on the country. Taking this into account can make a difference in a successful career.

Advantages of being a Software Developer

Now that you know what a software engineer is, their responsibilities and their earning potential, you may wonder if it's worth it to be one. The path to becoming a software engineer may be longer than that of a programmer or a software developer, but it also has its advantages. Software engineers are currently in high demand in various fields like financial, medical, manufacturing and security. This demand also means that the salary of a software engineer is higher than other professions with the same time investment. It's almost a guarantee that no matter the country, your yearly earnings are going to be more than the average salary in the country. This job also enjoys benefits like being able to work remotely from any location, as long as you have your work computer and access to the internet.

Of course, these benefits are not without disadvantages. The job of a software engineer can be demanding. Taking this path means that you should be prepared to work long hours in a fast-paced environment. This career is competitive, so being able to deal with the pressure is a given. If you believe that you can deal with these challenges, then a career in this field may be for you.

Where to Find Job Offers for Software Engineers

You can try finding jobs on a variety of job listing sites. The most popular ones are Linkedin, Indeed and Glassdoor. But you can also search on sites aimed specifically at software engineers, like Gun.io.

Another way is to go to look for job offers on the recruiting sites of the top companies. A good example of this is in the Google job board site. Here you can find job postings aimed at entry-level applicants. You can also gain access to job postings if you earn a Google Career Certificate.

By this point, you should have a pretty good idea of the challenges ahead, if you choose a career as a software engineer. But where to begin? The first step may be searching for a way to reach some kind of certification in this field. You could try to earn a bachelor's degree in software engineering, but this may prove too costly. Luckily, there are shorter paths that are cheaper and are equally valued in the current job market. 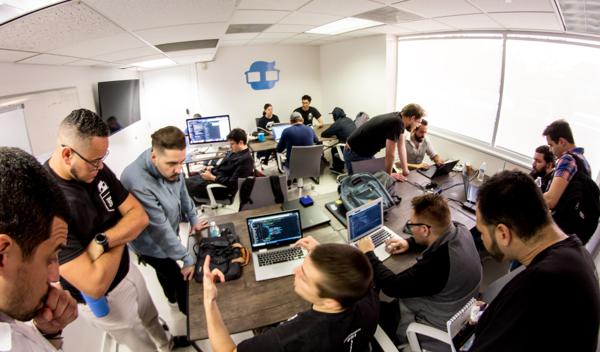 4Geeks offers the opportunity to participate in a bootcamp designed to teach everything you need to become a software engineer. 4Geeks Academy has won various accolades for their coding bootcamps and study programs, earning the trust of many organizations as a good source of potential hires.

4Geeks has campuses all over the world, facilitating access to its resources in different languages and levels of expertise. The only requirement for applying to this coding bootcamp is having at least 1 year of experience as a software developer. If you are interested in being a software engineer, this is a perfect way to achieve your goal and have a successful career, in a field with high demand and high pay.