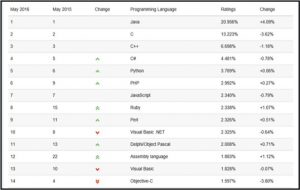 Subscribe for more!
The developer community in your inbox! Stay up to date on discounts, promotions, events and announcements
CONTACT