R.I.P. Ruby on Rails. Thanks for everything!

I’ve been a developer since I was 13 years old.  I’ve used almost every web framework out there, from PHP 3.1 to Node.js, React, etc.  People around me know that I’m not one of those people that starts endless fights like: Mac vs PC, Metallica vs Megadeth, etc.

I don’t mean to troll Ruby fans, but let’s be objective here: Rails framework gave us a lot, it changed the way web products were made, but now the most used languages have copycats, so who needs Ruby?  Ruby is so 2007...

PHP is the most used on the web (back-end) 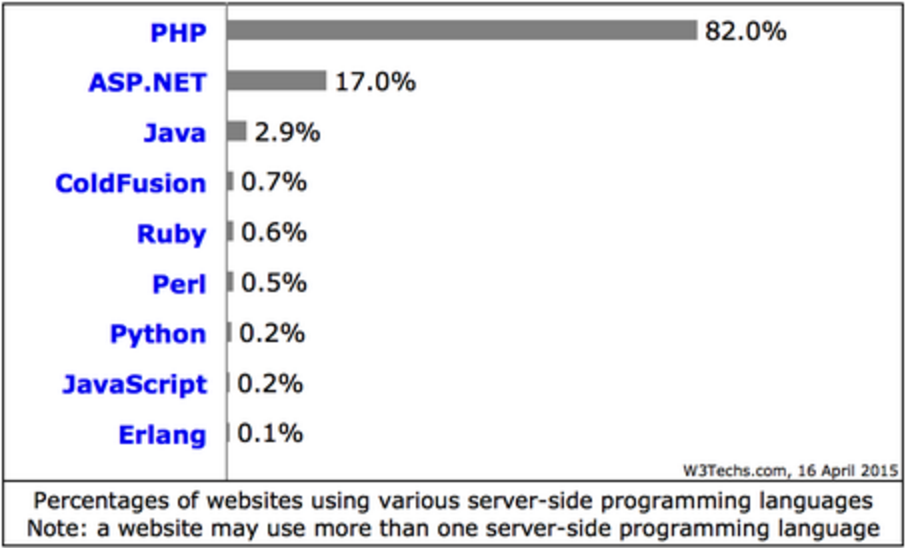 PHP Has proven to be a great survivor: 82% of the web uses PHP (Ruby only 0.5%).  PHP WordPress is 27% (and growing).  It is the second language with the most interest from Google.  In a stack-overflow 2017 developer survey, PHP was the most popular language between PHP, Ruby, NodeJS and Python.  And it was the second language with the most questions.  PHP Frameworks are phenomenal: Laravel, Phpixie, Slim, etc. 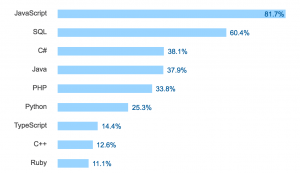 Java is the most used in the enterprise world

Java is the most used back-end language by far, especially because it is the language for enterprises - almost every financial institution uses it as well as: Gmail, eBay, Amazon, insurance applications, etc.  The largest application vendors (like SAP) use it.   Java is great for developers seeking to work in a safe, big, traditional company with old software legacy.  Java is going to keep strong for a long time, maybe forever.

Python is everywhere, and rising!

If PHP is the king of the web, Python is the prince of everywhere…it’s a very mature language; you can do almost whatever you want with it.  And it will never die.  A lot of websites are made in Python: Google, YouTube, Dropbox, Quora, Yahoo, Pinterest, Instagram, Spotify, etc. Check the full list here. They have a Rails copycat called Django, and many other great frameworks like Pylons, Web2Py, etc.  Python was implemented in 1989 and it is still growing in popularity today!

You need to learn JavaScript (JS)

Oh my, where do I start?  You need to learn JavaScript now!  JS and Node are rising strong.  It is the most popular technology in the world; the most used language on the web (almost every website needs a bit of JavaScript); it’s the native language of web browsers!  NodeJS is the framework with most job vacancies on indeed.com (for example).  The only problem with JS is the frameworks (React, Angular, Vue, etc) - they are changing a lot and developers need to be constantly upgrading or redoing all the code.  Maybe in 2018 that will change, but it does not matter, because the future of JavaScript on the web is the brightest of all!

So...What will happen to Ruby?

Ruby developers are smart and loyal, but time has proven that languages with big communities are the only ones that can survive the beat of time in such a fast evolving world.  After all, a language is just a language - developers are the ones responsible for creating tools that can add value to the world and satisfy the needs for the time being.

What do you think, will Ruby be able to make a comeback?